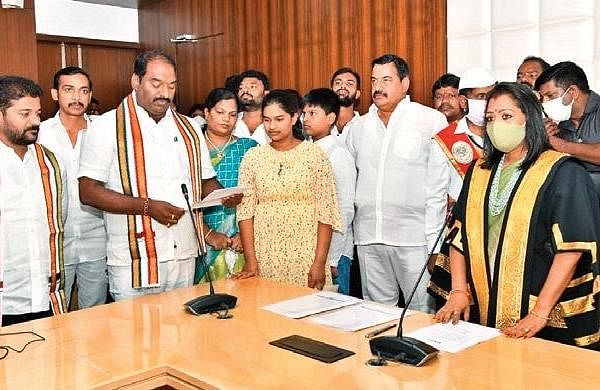 HYDERABAD: All India Majilis Ittehadul Muslimeen (AIMIM) criticized GHMC DS Commissioner Lokesh Kumar for removing trash cans from city roads, forcing residents to throw trash on the roads, leading to random scattering of trash . â€œWho made the political decision of a city without garbage within the limits of the GHMC? AIMIM MLC Syed Aminul Hasan Jafri and companies questioned the commissioner. AIMIM said that the commissioner does not have such powers to make political decision and that the power to make such decisions rests with an elected body of the GHMC, like the standing committee, and the same should be ratified. by the general organ of the GHMC.

Roads turn into landfills as garbage is not cleaned up immediately due to a lack of Swachh Auto Tippers (SATs) and workers. Those on the road have grown old and many of them are being repaired in workshops, while some THS who collect garbage are forced to pick up the garbage accumulated on the side of the roads by the Assistant Medical Officer of Health (AMOH). “Who is responsible for the disorder in the city and what action will the civic body take,” AIMIM members asked the commissioner. The GHMC provided for Rs 400 crore in stamp duty, Rs 200 crore in business tax, Rs 102 crore in property tax, but not much comes from the state government, said the leaders of the ‘AIMIM.

BJP corporal Devara Karunakar, who attended the virtual meeting, denounced the GHMC for proposing an unrealistic budget. Adequate funds have not been allocated for the development of the city, and there is no mention of the poor while about 43 percent of the budget is earmarked for administrative expenses, he said. “What is the need to give Rs 600 crore for the acquisition of land, while no funds have been sanctioned for the development of the slums,” he asked.

Despite heavy flooding last year, the government has not done enough:

TPCC chairman-elect A Revanth Reddy criticized the state government for not learning about last year’s food and taking no concrete preventive action before the monsoon arrived. He also lashed out at the BJP and ridiculed it for its “moral sermons”. Speaking to the media after attending the swearing-in ceremony of Captain Lingojiguda D Rajshekar Reddy at the GHMC office, he questioned why the administration had not prepared for the monsoon, despite the assignment of Rs 800 crore to this collection and a healthy tax collection.