Like all nations, Jamaica has seen its fair share of change and success in its 60 years as an independent country.

One of the most intriguing changes is that of currency. If one were to take a sample of the notes or coins used over the six decades, it would provide an insightful and historical picture of the island.

To fully appreciate the evolution of the Jamaican currency, you have to go back to where it all began. Until the early 16th century, when the Spanish colonized Jamaica, there was little need to use real currency. What was used instead was a barter system.

The Spaniards exchanged with the natives (the Tainos), trinkets, scissors, mirrors or glass beads. From there, the mediums of exchange changed as copper coins came into play. The small circulation of copper coins or maravedis that were used were described as very fine and light.

According to the Bank of Jamaica (BOJ) Money Museum, these coins were brought to Jamaica from Santo Domingo. They sometimes bore various stamps of anchors or keys, which seemed to show their value.

By the 17th and 18th centuries, currency had evolved, in part because trade had become more coherent with territory. Major coins were minted in Spain or Spanish-American countries, such as Mexico and Peru, due to their durability and accessibility.

The currency that was the basic Spanish monetary unit in silver was the real. According to the BOJ Money Museum, eight reales made a dollar or a “piece of eight”, as it was commonly called.

In the 19th century, Jamaica was entirely under British rule, and the Crown got its start with silver and copper coins known as anchor money.

In 1840, a law was passed stipulating that the currency of Great Britain was to be that of Jamaica. This meant halfpenny, penny ha’penny, farthing and penny, which were the lower denomination of copper coins, as well as the higher denomination silver coins, threepence, sixpence, shilling, guilder, halfpenny. crown and crown were to be used.

A selection of pre-decimal English coins and notes, including pennies, sixpences and farthings. (Photo: iStock)

The pennies and half pennies minted in 1869 were the first truly Jamaican coins. Between this period and near Independence, these coins were in circulation. The cupronickel penny and halfpenny were authorized for use in Jamaica by the Crown. They weighed the same as English coins of similar value but had the Jamaican coat of arms on the reverse.

The first banknotes used in Jamaica were issued by private commercial banks in the mid-19th century.

Two years before Jamaica’s independence (August 6, 1962), the Bank of Jamaica Act came into effect. Passage of the law allowed the BOJ to be the sole issuer of banknotes and coins. These notes debuted on May 1, 1961, in denominations of five and 10 shillings and one and five pounds.

Simple in design, they had the image of Queen Elizabeth II. The five shilling note was red, the 10 shilling was purple, and the 1 and 5 pounds were green and blue respectively. They all bore the signature of the first BOJ Governor, Stanley W Payton.

Pamela Simpson, a 67-year-old retired seamstress, told how the money was used during this time.

“When you take five shillings and go to the store, you can hardly take things home. You could get cooking oil, flour, rice, kerosene oil, cornmeal, butter, salted fish…the essentials. Two bars of soap were sixpence,” Simpson said.

“On the Kalamazoo from May Pen to Frankfield to Clarendon, that was the cost,” she noted.

Hylton said you could also buy beef, yams and potatoes in heaps for sixpence.

Despite the changing of the guard, the lowering of the Union Jack and the raising of Jamaica’s national flag in 1962, the nation chose to retain British currency as legal tender.

A retired professor of sociology and ethics at the University of Leeds in northern England, Albert Powell, remembers living in Jamaica during this time.

“A penny was a regular gift you got from your parents to buy candy, which now equals around $20,” the 81-year-old added.

With the introduction of the decimal system, Jamaica could have a design that reflects its own identity.

According to the BOJ Money Museum, the decision was made to replace the portrait of the ruling British monarch (which featured on the obverse of all coins) with that of the Jamaican coat of arms. National symbols were to appear on the reverse. 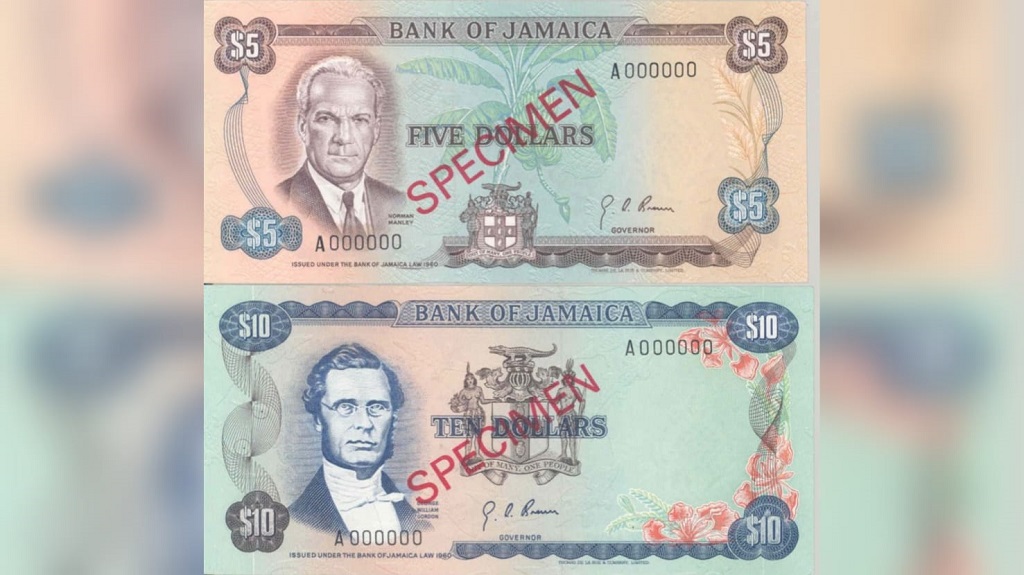 Between 1970 and 1990, a series of changes and amendments were made to Jamaican currency.

A The $5 bill was introduced with the likeness of the national hero, Norman Washington Manley and the penny was changed from copper to bronze. The 50-cent note, which bore the image of Jamaica’s first national hero, Marcus Mosiah Garvey, was replaced by a coin and the $20 note entered circulation. 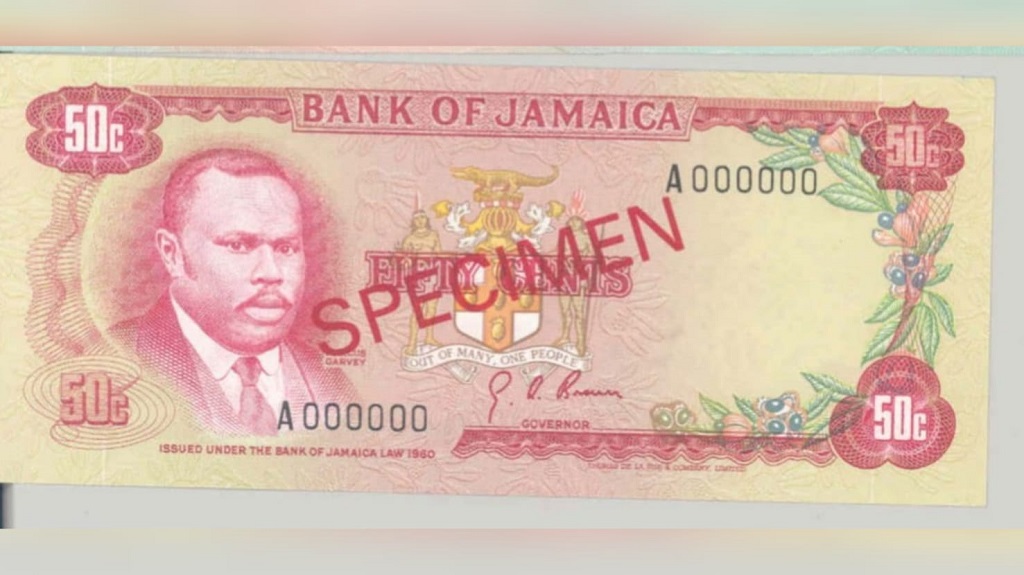 One of the most popular banknotes was introduced in 1994. The $500 note or the “Nanny”, as it was widely known, bore the portrait of Jamaica’s only national heroine, Nanny of the Maroons. The note was rarely called by its value, and often in conversations people would ask their friends for money by asking for a “nanny”.

The new $10 coin had a unique design with the circumference of the coin having a serrated edge.

Another of Jamaica’s former prime ministers has been placed on a new note. In the year 2000, the new $1000 bill bore the image of Michael Manley. On the back was the image of Jamaica House, which was built in 1962 and now serves as the Prime Minister’s office. 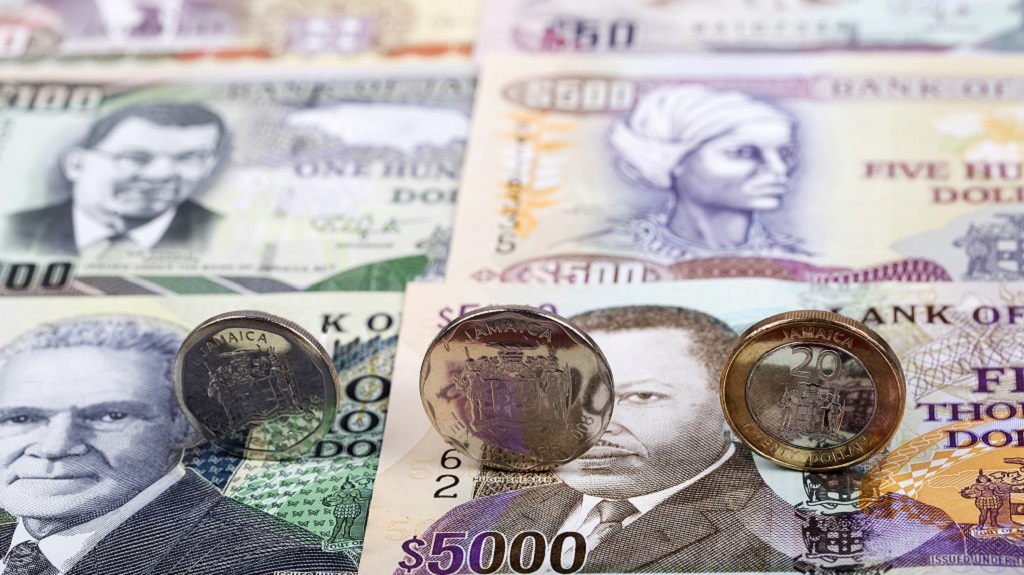 In 2009, the $5,000 note was introduced. The note bears the portrait of another former Prime Minister, Hugh Lawson Shearer. However, in 2018 it was announced that the one, 10, and 25 cent coins were being demonetized, leaving the $1 to be the smallest coin denomination.

One of the most constant things in life is change, and in March 2022, while contributing to the budget debate for the financial year 2022/23, Finance Minister Dr Nigel Clarke announced that the currency would undergo yet another change.

He noted that research had shown that there was a need for a monetary denomination between the $1,000 bill and the $5,000 bill.

“The BOJ has informed me that the introduction of a $2,000 note will bring greater efficiency to the currency structure, allowing cash transactions to be settled more easily,” Minister Clarke said.

He noted that the nation would reshuffle its banknotes for financial, technical and historical reasons.

“In this 60th year of our Independence, this aspect of the national project must be restored. Our national heroes must, once again, appear on our banknotes,” said Minister Clarke. 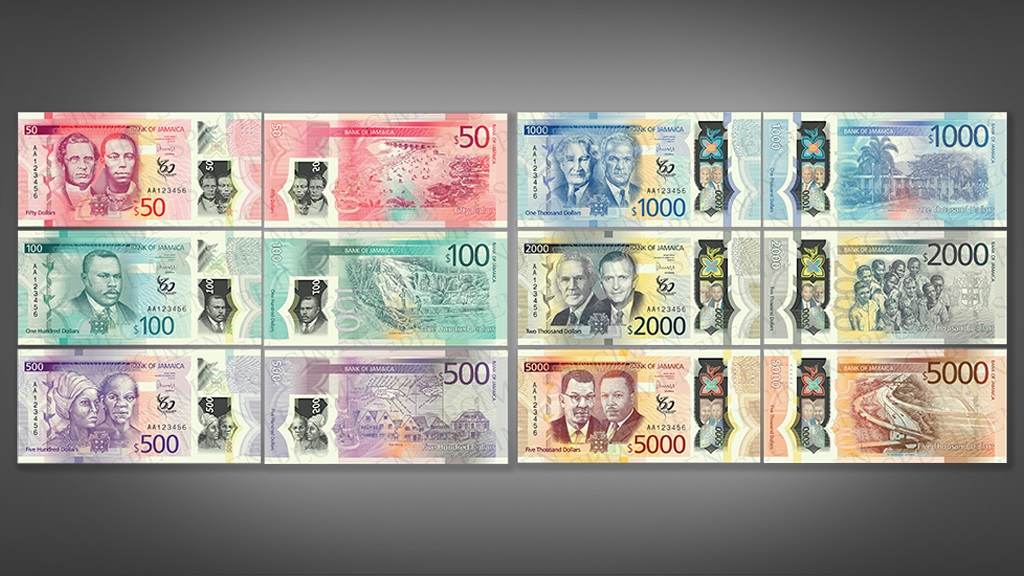 Specimen of the new banknotes which will be put into circulation towards the end of this year.

With the newly designed banknotes, national heroes Paul Bogle and George William Gordon, who appeared on the original Jamaican banknotes but do not appear on any of our banknotes today, will appear together on the banknote $50 upgraded.

Jamaica, after 60 years as an independent nation, has seen several changes in its currency, but with each change a new chapter in the nation’s history is written.

The tickets will serve as a reminder of where we have been and where the nation intends to be, and will honor national heroes and great leaders who have helped shape the country’s future.