By Katie Feehan For Mailonline

A postcard sent by a Royal Navy officer from South America has finally reached its recipient – 30 years later.

Neil Crocker posted the map during a stopover in Chile in 1991 while returning from the Falkland Islands aboard HMS Cumberland.

He sent it to the parents of his future wife, Claudia, to “make a good impression” before asking for her hand in marriage.

Unbeknownst to him, the postcard never arrived and instead disappeared for three decades.

He was eventually pushed through the door of stepfather Brian Watkins who lives in Weymouth, Dorset.

This postcard which was sent by Royal Navy officer Neil Crocker of Chile in 1991 was finally delivered to its recipients in Weymouth, Dorset after missing for 30 years 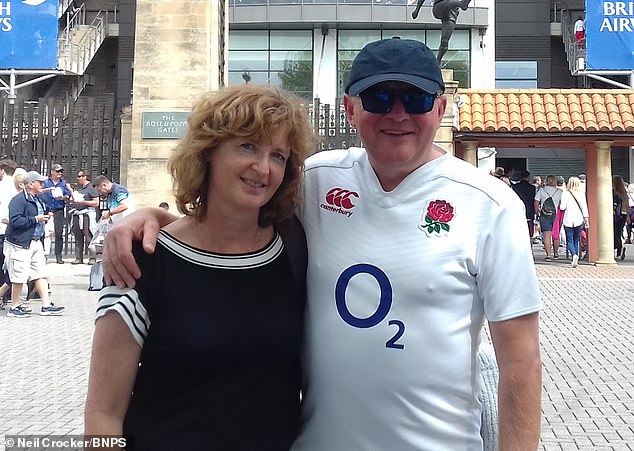 Neil Crocker (pictured with wife Claudia) says he sent the card to his future in-laws to make a good impression, but has no idea what happened to him after it was posted in Chile.

The 89-year-old was perplexed at the birth and handed it over to Mr Crocker, 57, who was also mystified by its emergence after all this time.

He said: â€œI was in Chile with the Royal Navy in 1991 – we stopped there for a tusk sale on our way back from the Falklands.

â€œI vaguely remember sending the postcard, but I didn’t think about it until recently, when it was delivered to my stepfather 30 years later.

â€œHe was very confused when it was posted through the door and he gave it to us. I hadn’t put the date, so the postman didn’t know better.

“When I saw him again I was completely shocked – I thought it was a sell-off.”

The card bears the London postmark in 1991 indicating that it was returned to the UK shortly after being mailed. 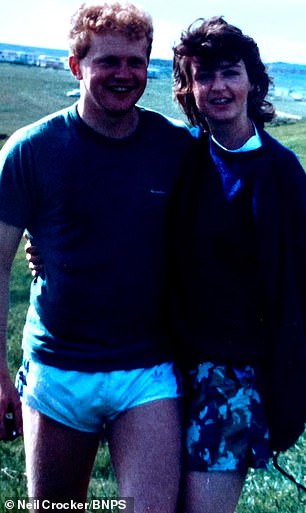 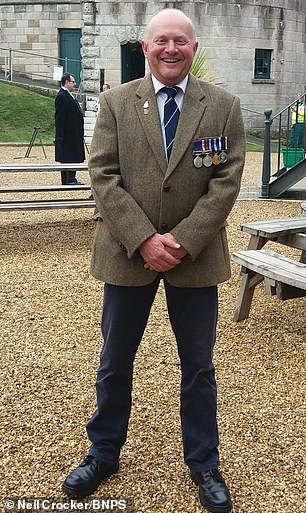 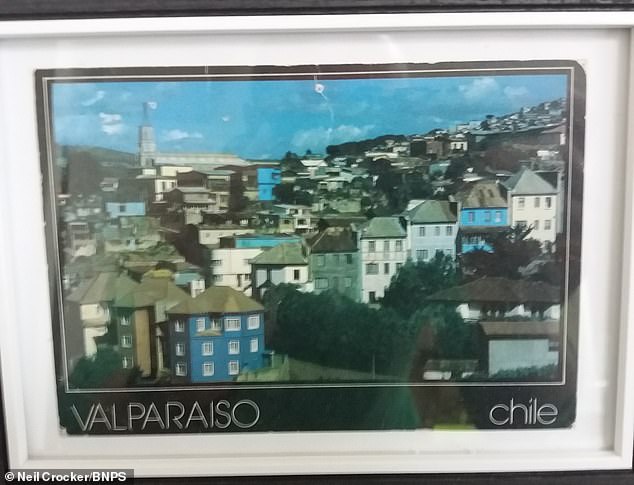 He wrote on the postcard: â€œThe weather is very nice and the food and drinks are very cheap. It is very similar to Spain.

The card also features 22 pence stamps and pinholes, which Mr Crocker said could have meant someone pinned it on a board.

He continued: â€œI know he got to London pretty quickly, but after that it’s a complete mystery.

â€œIt looks like it could have been pinned somewhere on a board, but it’s not a very remarkable postcard, so I don’t know why anyone would want to keep it.

â€œI’m glad it has finally been delivered. It triggered a lot of happy memories of my time in Chile – I framed it and put it on my wall â€.

A Royal Mail spokesman said: â€œIt is difficult to speculate what may have happened to this mail item, but it is likely that it was put back into the postal system by someone recently, rather than ‘it doesn’t get lost or stuck somewhere.

â€œRoyal Mail regularly checks all of its delivery offices and cleans its processing machines on a daily basis.

“Once an item is in the postal system, it will be delivered to the address shown on the card.”