Arrangements for services are being made by the family and will be at the Temple at 1589 Peachtree St. at 3 p.m. Wednesday, March 16, a family spokesperson said.

Born August 26, 1927, Samuel Alan Massell Jr. spent the first month of his life at his family’s Ponce de Leon apartment building, now known as Massellton. Then his parents moved from Midtown to a home in Druid Hills, where he was raised and went to high schools. He later earned a business degree from Georgia State and a law degree from Atlanta Law School. He attended the University of Georgia and Emory University for more than a year each, and said he had contributed to each of their alumni associations “longer than I could afford.”

To exploreSign the online guestbook and read the condolences

In 1951, Massell entered the real estate business, developing a specialty of renting offices to doctors. They weren’t the easiest customers to please, he said in a March 2005 interview.

“Most real estate agents felt like after dealing with one doctor they wanted nothing to do with another. But I developed a good formula with clients in Atlanta, Chattanooga and Jacksonville and I might have made millions if I had stuck to it,” he said.

In his 20 years as a real estate agent, Massell has been honored three times by the Georgia Association of Real Estate Boards with their “Deal of the Year” award.

In 1951, Massell made his first foray into local government. He bought a cabin in Mountain Park and, although he did not take up legal residence there, he was still qualified under the law at the time to be a councilman in the northern community of Fulton County. .

A decade later, he was elected president of the Atlanta Board of Aldermen, now known as the City Council. “It was a simpler time,” he said in the 2005 interview. “None of us aldermen had offices or staff, just business cards.” 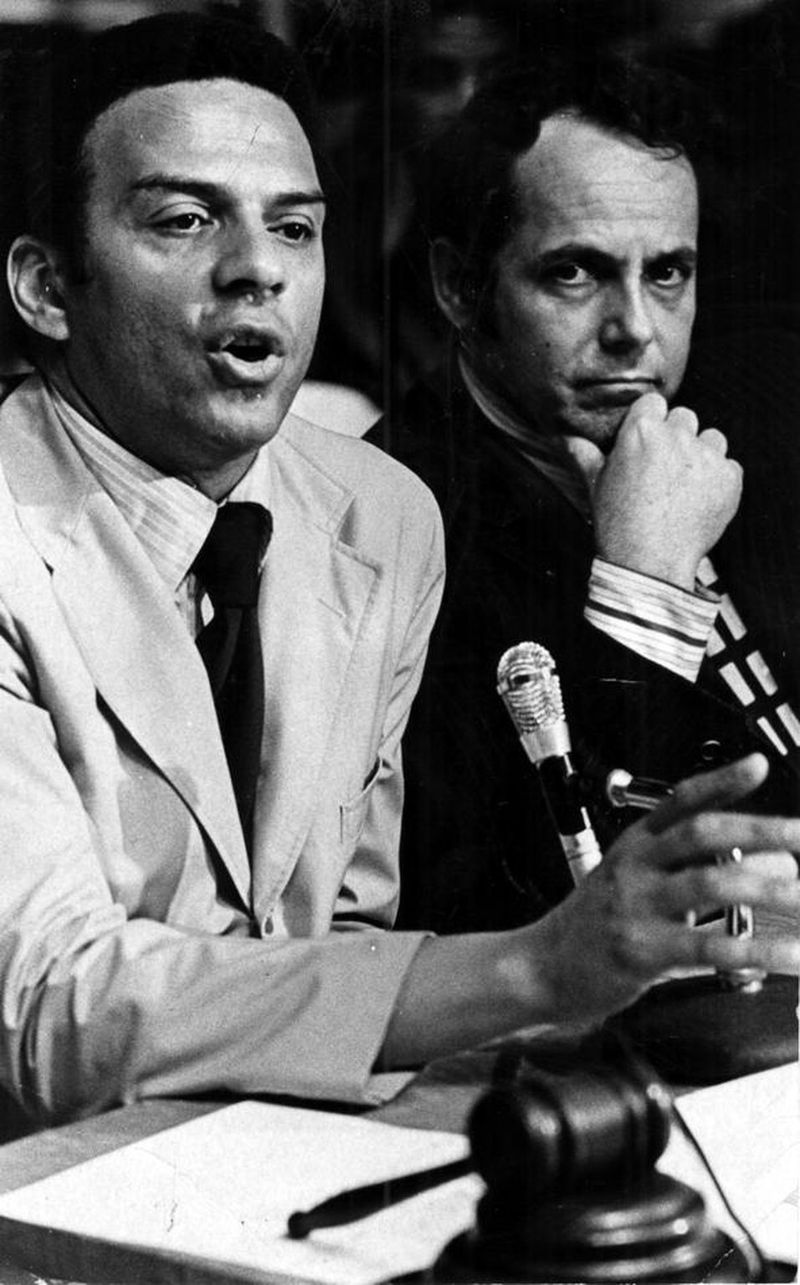 As chief alderman, he was also vice-mayor, “meaning I became acting mayor when then-mayor Ivan Allen was out of town.”

When Allen chose not to run again in 1969, Massell ran as the candidate, surviving a Democratic primary and then a runoff against a business-favored candidate.

“Sam’s legacy was to move the city from an all-white power structure to a predominantly black power structure. He was the bridge between the two, ”recalls his wife, Sandra Gordy-Massell, on Sunday when the family announced the death of the former mayor.

“I won my first mayoral election with 90 percent black voting and 10 percent white voting,” Massell said in the 2005 interview. city, my numbers were just the opposite and I lost to Maynard Jackson.”

Massell was proud that the foundations of MARTA had been laid while he was mayor. “The first referendum, during Allen’s term, to fund MARTA with an ad valorem increase failed,” he said. “So I started selling a plan to keep the fares cheap, at just 15 cents, and to subsidize the system with a one-cent sales tax. The Legislature bought the idea after much lobbying, all like voters in Fulton and DeKalb counties.

Said Sam Williams, president of the Metro Atlanta Chamber, in a 2004 article in the Atlanta Business Chronicle: “Without Sam Massell, we might never have had MARTA.”

“As mayor, I was less of a Democratic supporter and more of a liberal, and I continue to think of myself as such,” he said in the 2005 interview. “Years later, Cynthia Tucker m called a moderate in her column (in the Journal-Constitution), and I wrote to her at once to reprimand her.”

After his defeat in 1973, Massell took up an entirely different job, operating a travel service, Aditus Inc. Overall, he visited around 85 to 90 countries, running tours and researching destinations or cruise lines.

He also organized national tours, for example taking Atlanta fans to Falcons-Saints games in New Orleans. He was also keen to organize tours of Atlanta for foreigners. “I wanted to create the most diverse travel service in the United States,” he said.

In 1988 he was approached to become chairman of the Buckhead Coalition, an exclusive group of businessmen determined to encourage quality growth for the Northside neighborhood, keeping it upscale and prosperous.

“It was a chance for me to use my training in public life and my contacts, as well as my knowledge of where the bodies (within the municipal government) were buried,” he said.

He considered his main achievement in his work to have been persuading commercial property owners in Buckhead to create a community improvement district and to step up to pay for traffic facilitation, beautification and security improvements.

He and the coalition were also successful in lobbying the Georgia Department of Transportation to run Ga. 400 through the middle of the Buckhead business area and to provide a primary exit and entrance to the freeway.

The Coalition’s relationship with residents of Buckhead who are concerned about overdevelopment was far from harmonious. “It took many years to mend that breach,” he said in the 2005 interview, “but now I think we’re working together amicably.”

When he was inducted into the Atlanta Convention and Visitors Bureau Hall of Fame in 2004, Massell spoke at length about Buckhead:

“You can be born at Piedmont Hospital, go to school here, get a job here, work here all your life, and retire in a nursing home here. If we just had a commercial graveyard, you could stay here forever.

Throughout his life, Massell was deeply involved with Jewish institutions here — the Temple, the Jewish Federation of Atlanta, the Anti-Defamation League, to name a few.

In a 2002 article in the Jewish Times of Atlanta, former U.S. Representative Elliott Levitas said Massell and some of his contemporaries deserve credit for building bridges in the 1950s that eventually crossed the differences between Reform, Conservative and Orthodox Jews in Atlanta.

“I’ve always felt comfortable with all kinds of people working across social and religious boundaries,” Massell said in the 2005 interview.

In the same article, Rabbi Alvin Sugarman said of Massell, “The values ​​you look for in someone who lives their Jewish faith – that’s what I see in him.”

In the late 1940s, Massell organized a revival of Ballyhoo, an annual pre-World War II event that brought together young Jews from across the South for a week of parties, dancing, and even matchmaking. This Atlanta custom later gained national fame after the Broadway production of Alfred Uhry’s play, “Last Night of Ballyhoo.” The piece premiered in Atlanta in 1996 and was a firm favorite with Massell.

Georgia Trend magazine recognized Massell’s civic engagement in 2004 by including him in the publication’s “Most Influential Hall of Fame”.

Andre Dickens, the current mayor of Atlanta, released a statement after news broke of Massell’s death, reading in part: “I am deeply saddened to learn of the passing of the former mayor and my friend Sam Massell. . Sam’s impact on our town was immeasurable. His tenure as mayor marked history in many ways.

Dickens added, “He understood the importance of collaboration and inclusion. I call it drawing circles, but Sam always said we can do more through a conference call than through confrontation. That’s why I asked him to join our transition team.

Georgia House President David Ralston said, “Sam Massell was a visionary leader – mayor, businessman, veteran and realtor. He understood the value of working together to make the future brighter for the city and state he loved. He was a good and decent man whose legacy will live on for generations.

Former Mayor Shirley Franklin said Sunday, “The election of Mayor Massell as Atlanta’s first Jewish mayor signaled that we were about to embrace a new era of cultural diversity. He inspired a generation of advocates for public transit as a vital part of Atlanta’s economic development plans, and his leadership of the Buckhead Coalition skillfully balanced city and neighborhood interests. Massell’s legacy as mayor and as a civic leader is evident in the current economic success of Metro Atlanta.

However, when he and Sandra tied the knot in 2016, he joked, “It makes me feel so young. It energized me.

Survivors alongside his wife include a son and daughter-in-law, Steve and Krista Massell; one daughter, Cindy Massell; a daughter and son-in-law, Melanie and Jack Jacobs; and three grandchildren, Dylan, Graham and Isabel Massell.